There is so much to learn about sewing as we get deeper into it, but that’s what makes it so much fun! Among the first few things that you should fully understand are the differences between a typical sewing machine and an overlocker. While both are quite similar, there are also differences between them and you must grasp each one to avoid buying the wrong equipment – that could be an expensive mistake!

Here a few of the key differences between overlockers and sewing machines:

Now that’s some of the major differences covered, it’s time to understand the different stitches you can do with each machine.

Now that you know some of the major differences between a typical sewing machine and an overlocker, it’s time to understand the different stitches that you should learn so you can fully understand the ins and outs of the sewing industry.

5 Key Stitches You Must Master

Long gone are the days of sewing by hand (unless you prefer it that way!). Modern sewing machines are more affordable than ever now, and there is so much advice out there to master the machine you may get. So, let’s cover some of the stitches you will soon be doing with your eyes closed!

As we mentioned earlier, a typical sewing machine is a bit different to an overlocker. That’s why you find them being used for different purposes!

A standard sewing machine is actually useful if you’re planning to insert zippers, do some decorative stitches, quilt, make buttonholes, or topstitch. You can’t expect an overlocker or serger to perform any of the mentioned functions, which is why you’d be better of buying a sewing machine with an overlock function.

An overlocker, on the other hand, is ideal for you if you plan to complete plenty of projects involving the construction of garments. It’s recommended you invest in this machine mainly because of its speed. You’ll find it more useful and efficient than a typical sewing machine, especially when you are completing seaming, hemming, and edging tasks. It’s also a perfect machine for you if your job requires you to do plenty of knitting.

In addition, an overlocker machine is faster and easier to use. It’s a big help in getting rid of unnecessary fabric that a standard sewing machine has a hard time eliminating. You can also expect it to produce a stronger and more durable stitch. Furthermore, it’s a big help if you are involved in a project, which requires you to hem pants.

Now we’ve covered all the technical bits and pieces, you now must want to know which are the best machines with an overlock function!

Here are our 3 top choices. 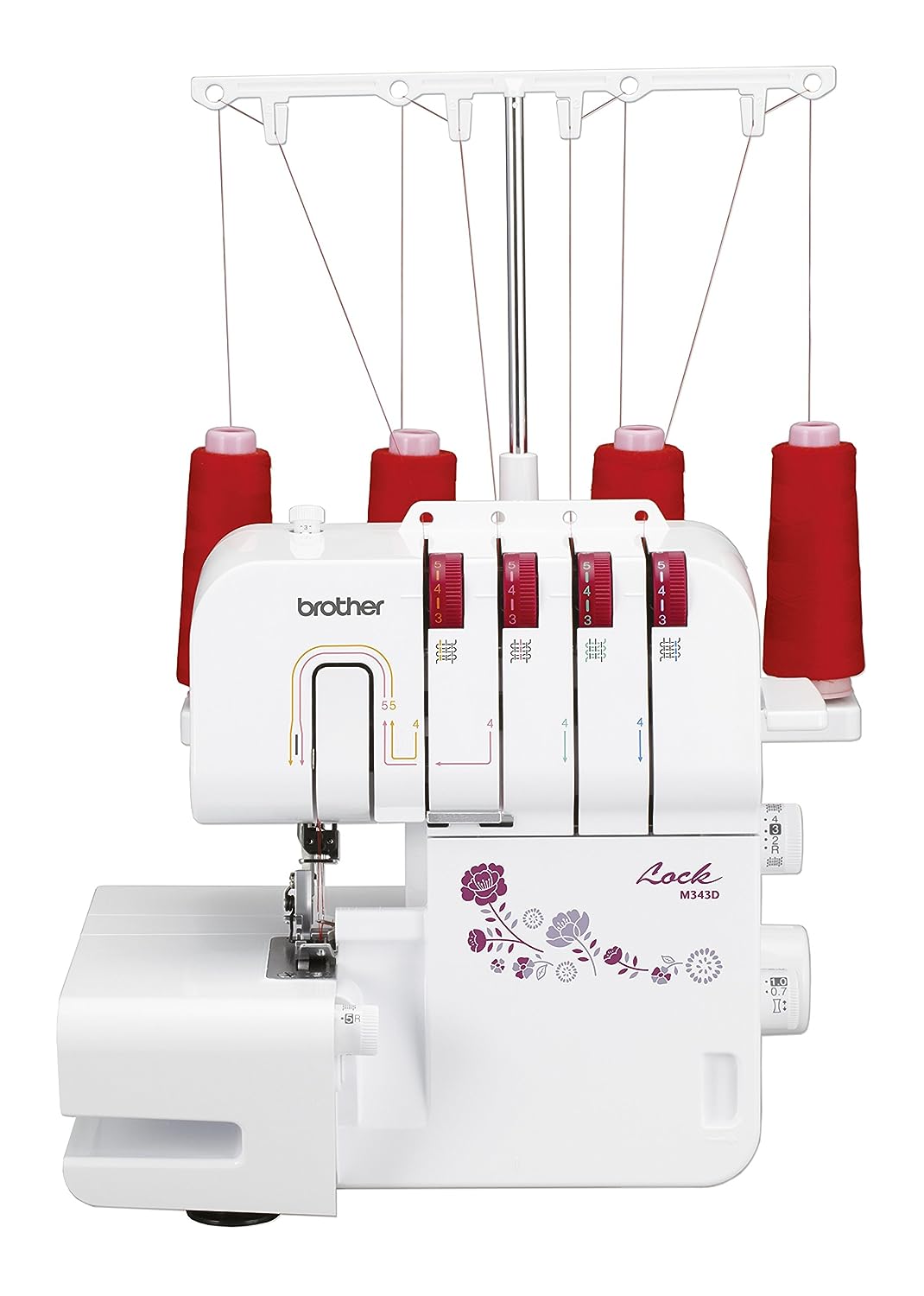 Offered by the reputable brand in the field of sewing machines, Brother, this overlocker, which can use three or four threads, is a machine with plenty of features that can make sewing easier, even for beginners. You’ll even have an easier time getting started with using it as it has an instructional DVD.

With its F.A.S.T lower looper threading technique, you’ll find it much easier to use. It also offers convenience with its LED daytime light. One nice feature in this overlocker is the tension disk release. It works in promoting a more accurate placement of the thread in the tension disks. It also guarantees perfect seams on almost all kinds of fabric through its differential feed.

Another great feature is the quick-release stitch finger, which you can use to produce rolled hemming instantly. It’s a good choice if you want to produce great overlock stitch on all weights and kinds of fabric as well as get rid of the stretch or wavy look, which often appears on a fabric’s stitches – the Brother M434D overlocker is a great choice. 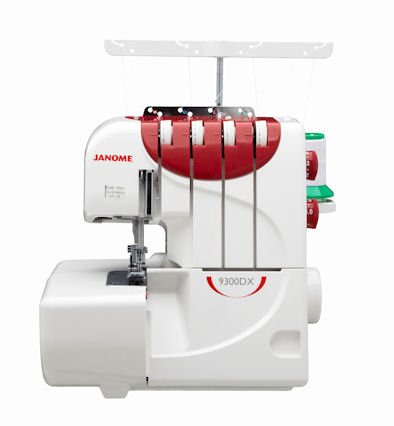 Another 3 or 4-thread overlocking machine that you can choose is the Janome 9300DX Overlocker. One of the major advantages of this machine from Janome is that has an adjustable functionality. It’s possible for you to make adjustments on it based on the specific fabric you’re currently working with. It’s possible with the help of its two key features – the differential feed, which you can adjust at a range of .05 to 2.25, and the cutting width, which you can reset from 2 to 5.7 mm.

Janome 9300DX Overlocker is also equipped with a rolled hem, which is easy to use and promotes fast conversions for rolled hems. It’s because you just need to move the lever as a means of switching it to a rolled hem. Another reason to love this overlocker is that it makes use of a lay-in threading system designed to simplify the threading process. It promotes ease of threading as it also comes with color-coded thread guides.

It can also produce really beautiful stitches. Whether you plan to make decorative effects, simple hem stitches, ruffles, or fancy and attractive edges, a suitable feature is always present in this machine to ensure that the final stitches turn out beautifully. One example is the upper knife, which you can deactivate in case you want to do decorative sewing. You can also choose Brother 3034D if you are searching for an electric sewing machine with an overlock function. The overlock function of this machine can use 3-4 threads while also letting you sew and cut overlock stitches. One of the reasons behind its popularity is that it promotes a one-step functionality. It lets you complete raw edges by doing an overlock stitching while allowing you to trim excess seam allowance at the same time. Such functionality promotes ease and speed when it comes to sewing.

Equipped with F.A.S.T threading lower loop functionality, you don’t also need to deal with a difficult and complex threading system if you’re using this machine. With this feature, you can expertly and quickly thread the machine even if you’re still a beginner. You’ll also notice that this sewing machine from Brother is equipped with a thread-twist protection system, which can prevent the thread from twisting.

The result is zero interference with your project’s finish. In addition, the machine boasts of its free-arm/flatbed convertible surface for sewing. It can, therefore, promote ease of control when you’re overlocking sleeves and cuffs.

Finding the best sewing machine with an overlock function is actually quite a difficult thing, especially if you plan on embarking on loads of sewing projects. While a standard sewing machine can help, it would still be best for you to invest in an overlocker, as it’s known for producing professional and smooth results in a speedy manner.